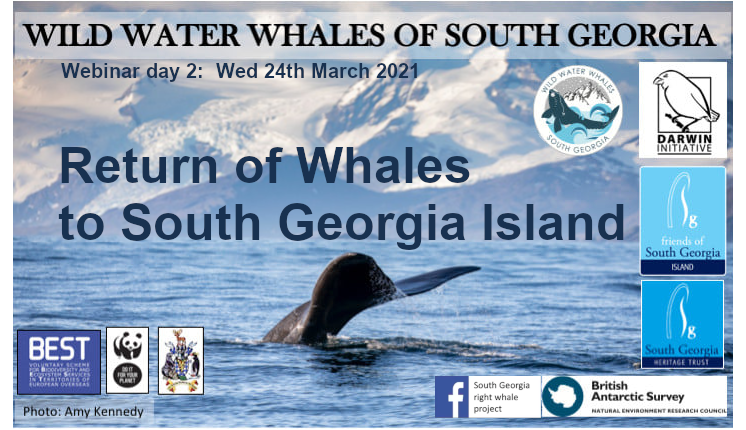 The Wild Water Whales of South Georgia project team led by Dr Jen Jackson of British Antarctic Survey described the new findings and scientific activities arising from this big initiative that began in 2016
The webinar was held over two days: 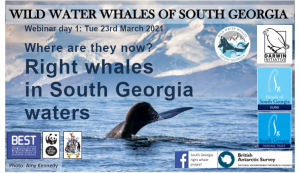 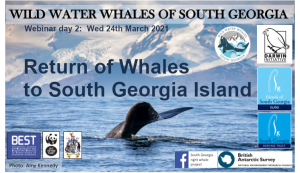 Thank you to supporters of FOSGI and SGHT who helped to fund this vitally important project that tracked the recovery of the whale population.
SGHT was delighted to help with the hosting of these two webinars.
Go to Top