A habitat worth conserving

From the sea the first view from the often rough and windswept Southern Ocean is of spectacular rocky, ice-encrusted mountains rising sharply from the jagged coast. Approaching South Georgia by ship takes around four days. The island isn’t flat enough to land an airplane.

The Government of South Georgia and South Sandwich Islands have administrative office in both Stanley, Falkland Islands and at King Edward Point in South Georgia. The islands are a United Kingdom overseas territory and lie within the Antarctic convergence making them a true Sub Antarctic group of islands. Their offices share space with British Antarctic Survey, South Georgia Heritage Trust and beachcombers that can often be noisy. From their office windows they can hear Elephant and Fur Seals barking and growling, King Penguins huddling and Antarctic Terns chasing interlopers away from their ground nests.

Some 800 miles southeast of the Falkland Islands and around 1,500 miles from South America, South Georgia is around 100 miles long and up to around 25 miles wide. It’s shape and size can be easily compared to Long Island, New York. The coastal fringes and low-lying areas are vegetated, but above around 1,500ft the landscape is dominated by rock, snow and ice.

The chain of rugged mountains and glaciers run the spine of the island create micro-weather systems around the already variable maritime climate.

Low pressure systems sweeping eastwards around Antarctica generally bring cold, cloudy, wet and windy conditions. It can change quickly though, so there is always a chance of some sunshine for a photograph! Temperatures at King Edward Point on the north coast range from around -3F to 80F with an annual average of 35F.

Around 350-500 miles to the southeast of South Georgia are the South Sandwich Islands, a chain of eleven small uninhabited (by people) volcanic islands which are also part of the UK Overseas Territory.

Petrels at sea by Oli Prince

The South Georgia and South Sandwich Islands Maritime Zone (SGMZ) covers half a million square miles of the Southern Ocean. The SGMZ, excluding the area south of 60°S which is already protected, was declared a Marine Protected Area (MPA) in 2012. The seas around South Georgia are rich with marine life as the Antarctic Circumpolar Current brings nutrient rich water to mix with cold Antarctic waters around the island. Careful management of the unique and precious plant and animal life is crucial at a time when the region is under pressure from rapid climate change. The Commission for the Conservation of Antarctic Marine Living Resources (CCAMLR) also covers South Georgia waters. 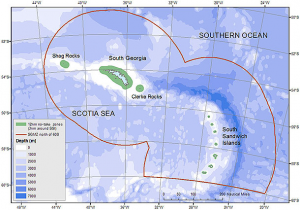 The South Georgia Government manages sustainable fisheries for Patagonian Toothfish, Mackerel Icefish and Antarctic Krill. All fishing vessels require licences, fish to strict quotas and have to comply with Marine Protection Area (MPA) and Commission for the Conservation of Antarctic Marine Living Resources (CAMMLR) provisions. For example commercial bottom trawling is not allowed and bottom fishing (longlining) is restricted as both practices damage the sea bed. Also, there are “no-take” zones around the coast of each island to protect breeding grounds. The Government uses the licence revenue to patrol the region to prevent illegal fishing and also to undertake research and monitoring. The Patagonian Toothfish and Mackerel Icefish fisheries are certified as sustainably managed by the Marine Stewardship Council.

Marine mammal populations, in particular Fur and Elephant Seals, have dramatically recovered from the exploitation of past centuries. Also, over the past few years increasing numbers of whales, including blue, fin, sei, humpback, sperm, southern right and smaller cetaceans have been seen more frequently in South Georgia waters. For those visiting South Georgia over many decades, to actually be able to witness the return of the cetaceans and seals is thrilling.

Continental drift led to the formation of the Scotia Arc, a ridge linking South America with Antarctica. South Georgia is made up of sedimentary shales and sandstones formed by erosion of the volcanic rocks in the north and western part of South Georgia, while folded metamorphic rocks are found in the southeast. The whole of the main island of South Georgia is very mountainous and the highest peak Mt Paget rises to almost 10,000ft. 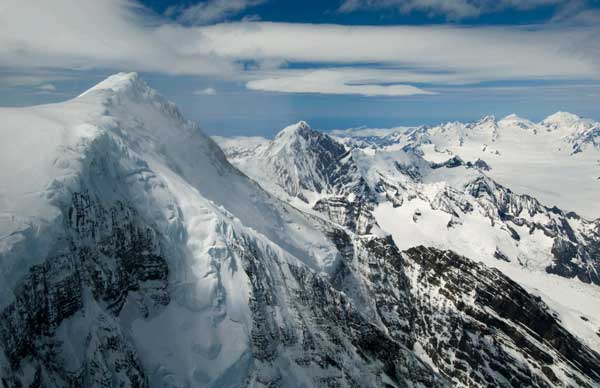 Glaciers collect snow in the higher altitudes of the island. South Georgia has numerous tide water glaciers which flow  as slow moving rivers of ice down to the sea. Around half of the island is permanently covered with snow and ice, but most glaciers are melting at an alarming rate, some receding up to 1m a day.

South Georgia has no native land mammals, reptiles, amphibians, or freshwater fish – and no introduced ones either we hope (since the recent Habitat Restoration project)! A wildlife list (in pdf format) can be downloaded here and bird population estimates for South Georgia can be seen at the bottom of this page.

Wildlife is concentrated at the coast, and the shoreline becomes very crowded during the breeding season. Several million Antarctic fur seals, hundreds of thousands of southern elephant seals, and smaller numbers of Weddell leopard seals breed on the island’s shores. Fur and elephant seals jostle for space and the male seals fight ferociously to defend their harems.

Breeding penguins include the elegant and regal King Penguin, which has some huge colonies along the northwest coast including St Andrew’s Bay, Salisbury Plain and Gold Harbour. Gentoo, Chinstrap and Macaroni Penguins also raise their young in colonies along the coast. Visitors have to look carefully to find a space on the beaches to land without disturbing the birds and seals commuting between land and sea. 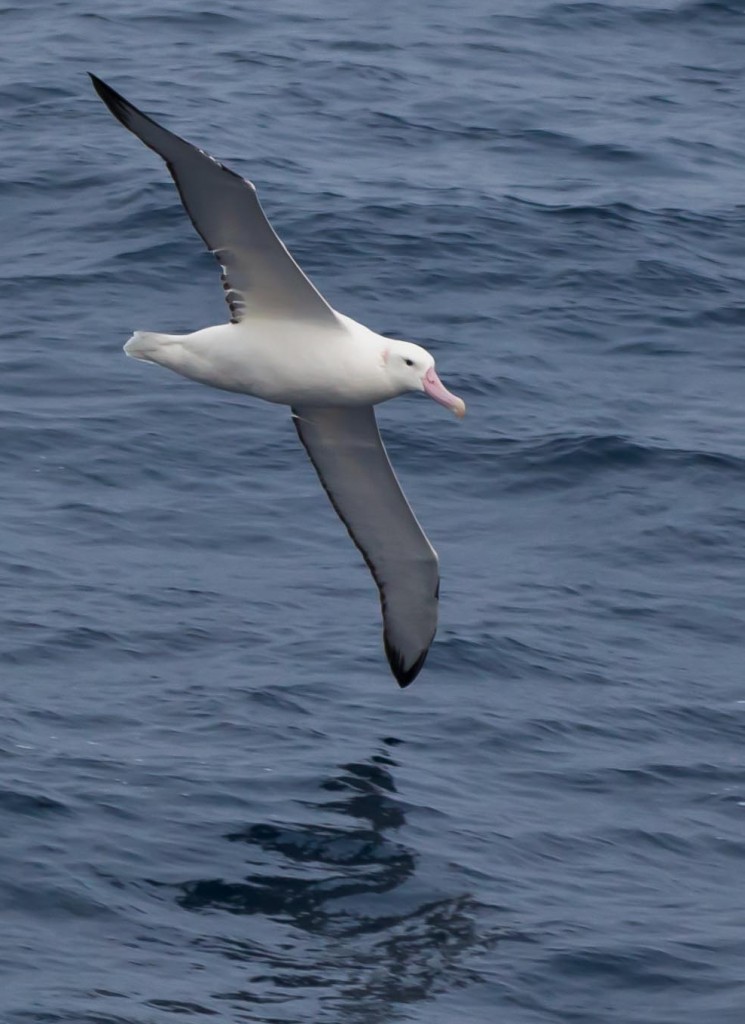 South Georgia, a haven in the wild Southern Ocean, is an important breeding site for millions of birds. With the eradication of rodents, the mainland has the potential to provide home to many more ground nesting birds. The endemic South Georgia Pipit, the South Georgia Pintail, Speckled Teal and Snowy Sheathbill are the only non-seabird species to breed on the Island and these birds will also benefit from the Habitat Restoration.

Smaller animals such as beetles, flies, springtails, ticks, spiders, mites, worms and molluscs have also been recorded. Some of these species are native and some are introduced and there may also be undiscovered species. 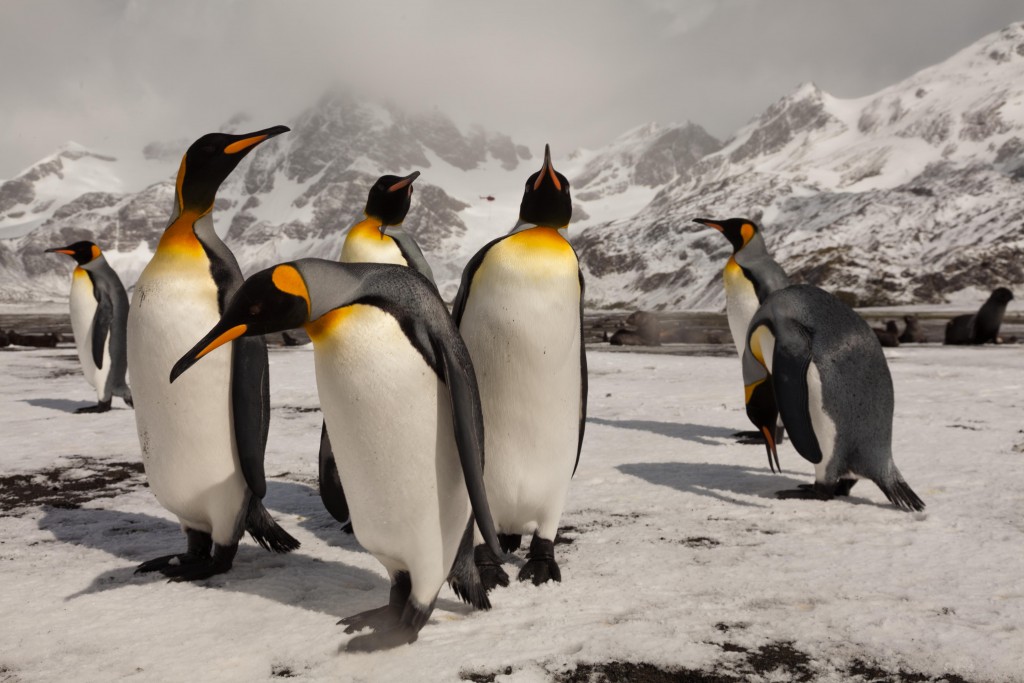 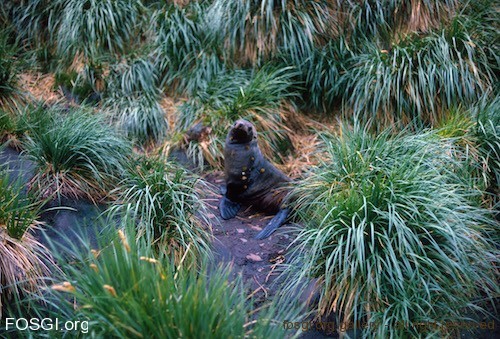 The fringes of the milder, northern coastline of the main South Georgia island are vegetated. Tussac grass is the largest and most dominant plant, reaching over 2m high in some places and the woody-stemmed Burnet, with its distinctive flower is the most common plant. 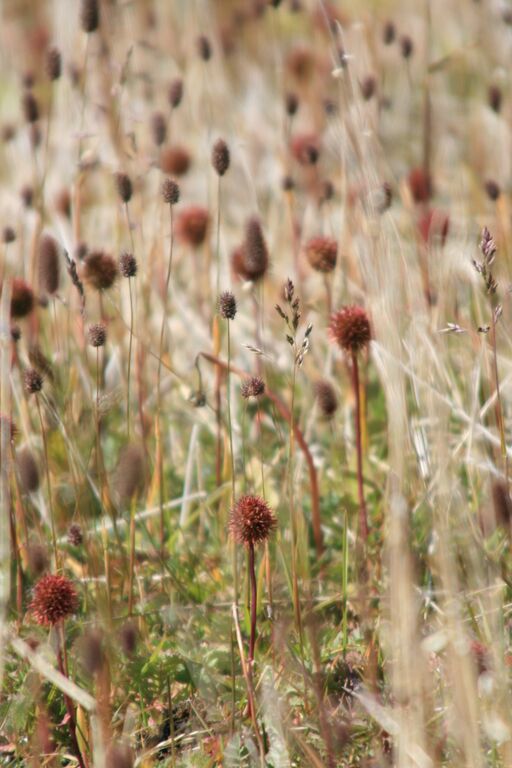 There are 18 species of native flowering plants, six species of ferns, and one species of clubmoss. There are no trees or shrubs. 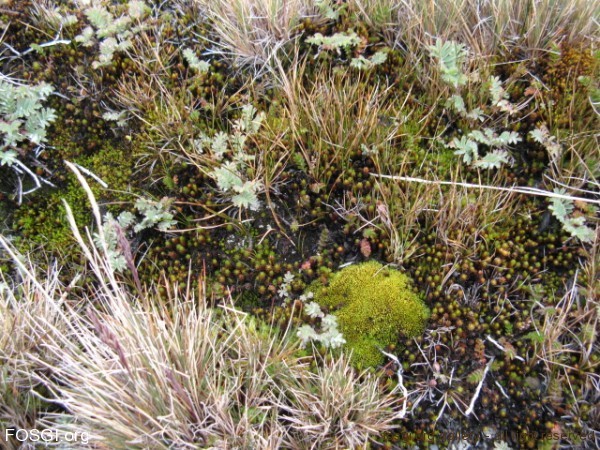 Mosses and lichens are surprisingly diverse, with about 200 species of each and many types of fungi. Some peat moss beds are over 9,000 year old, dating back almost to the end of the last ice age.

Many introduced plant species brought by sealers and whalers but also by more recent activities, have managed to survive, particularly in areas of human disturbance around the whaling stations. Some of these plants are being removed as part of a weed management project.

Three types of kelp (giant seaweed) and many smaller species of seaweed surround much of the coastline of South Georgia, providing shelter for young fish and other marine species. 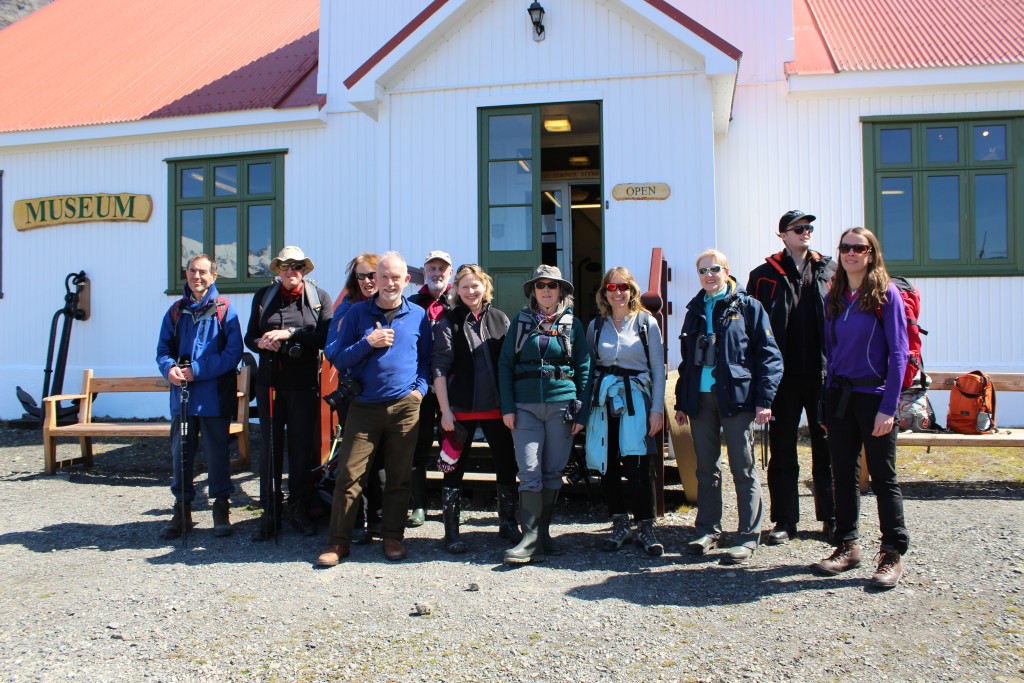 There were around 14,000 visitors to South Georgia in 2014/15 made up of cruise ship passengers, staff and crew, yachts, science teams, and staff from Royal Navy ships on patrol, fisheries patrol vessels and research ships. If you are interested in visiting South Georgia, please get in touch.