The first scientific research on South Georgia took place during Captain Cook’s expedition when the island was first discovered in 1775. The expedition made surveys and maps and recorded the wildlife, climate and geography. A summary of the pioneering work done on some of the earlier expeditions is in our Scientific History section.

Since 1969 the British Antarctic Survey (BAS) has had a presence on South Georgia and BAS currently operates two research stations.

Bird Island Research Station is a centre for the study of birds and seals including growth, poluation and diet monitoring. A small team carry out research all year round and data has been collected from this location for more than 50 years.

Fisheries biologists at King Edward Point Research Station (KEP) conduct research on the growth and distribution of fish to support the sustainable fisheries at South Georgia. Birds from fisheries by-catch (that is birds that have been caught up in the fishing gear) in South Georgia waters are collected and recorded at KEP. Other researchers at the station monitor the populations, diet and breeding success of Antarctic fur seals, gentoo penguins and giant petrels. 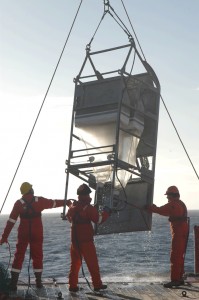 Other BAS projects around the island, include geology, glacial history, biology, environmental monitoring and past climate research. BAS scientists have produced a geology map of the island and a suite of cartographic maps. A rapid GIS visualisation and management tool has also been developed for the Government of South Georgia. This makes numerical and spatial information about wildlife, plants, hydrology, topography, human history and changing environment accessible.

University scientists and expedition groups visit South Georgia to undertake research. For example, the 2002-2003 Scotia expedition collected lake and peat cores, surveyed glaciers, and analysed rocks and sediments on the north east coast of South Georgia. The Kuli South Georgia Expedition in 2012 investigated changes in glacier thickness and atmospheric chemistry composition. In 2014 the Extreme Ice Survey installed time-lapse cameras which will continuously monitor the melting of the Risting Glacier (Drygalski Fjord), the Nordenskjöld Glacier and Bertrab Glacier. And it isn’t just the glaciers which are being watched – the Penguin Lifelines project monitors changing penguin populations using a series of satellite-linked cameras. Penguins are counted by volunteers via the Penguin Watch website.

Due to its remote location, South Georgia is a sought after location for global monitoring instrumentation. A geomagnetic observatory at KEP collects magnetometer data on a continuous basis and transmits the data to the British Geological Society via the BAS/GSGSSI VSAT communications system. The instrument is part of a global network of magnetic observatories.

A sea level monitoring station (tide gauge) at KEP collects data which is transmitted on a continuous basis to the National Oceanography Centre, Liverpool (NOCL) via the VSAT system, and is also downloaded during visits by NOCL staff. In addition, a new Global Navigation Satellite System (GNSS) station near KEP measures vertical land movements in order to de-couple the sea level measurements obtained by the tide gauge from these movements. This is managed by the University of Luxembourg.

The South Georgia Government commissions and collaborates on a number of research and monitoring projects in support of its Strategy and commitments under international conventions such as the Agreement on the Conservation of Albatrosses and Petrels (ACAP), the Convention on Biological Diversity (CBD) and the Convention for the Conservation of Antarctic Marine Living Resources (CCAMLR). This includes the BAS fisheries research, Albatross and Prion Island albatross surveys with South Georgia Surveys and the baseline survey of introduced vascular plants with Kew Gardens. The Shallow Marine Survey Group study of marine biodiversity feeds into the SGMarBase which records baseline data on the biodiversity of the South Georgia continental shelf and slope.

Distribution of Crustaceans around South Georgia from SGMarBase. Credit BAS/NERC

The South Georgia Heritage Trust and Friends of South Georgia Island will be leading a monitoring expedition in 2017 to check all previously infested areas of the island for rat or mouse presence. Monitoring work associated with the recent habitat restoration projects is also being carried out to assess the recovery of vegetation and wildlife in the absence of rats and reindeer. Investigating changes in skua diet in the absence of rats is a topic for one BAS research project.

A Darwin initiative project to manage invasive alien plants on South Georgia is assessing the extent of plant introductions and viability of removal. Treatment of some alien plants is already underway.