This is the stuff of “wildest dreams”

A personal look at South Georgia over the past 25 years. 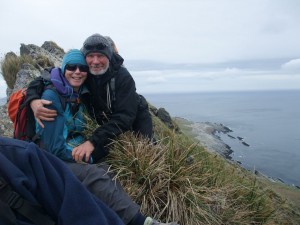 Many of you will have seen South Georgia go from unloved, exploited, forgotten, British outpost to arguably the best protected wilderness area on the planet. This is the stuff of “wildest dreams” and it has all taken place in less than 25 years. Truly amazing.

It is easy to run out of superlatives to describe the island: its mountains and glaciers, its moods of tranquillity and rage, and wonderful wildlife. But after 25 years of cruising around the world we had never been so affected by such raw beauty.

In 1992, when we arrived, there were just 6 small expedition ship visits and 3 yacht visits (including our own engineless Curlew). The South Georgia Whaling Museum had just opened its doors at the beginning of that year. The South Georgia Government was 7 years old and the Falkland Islands Governor, and his First Secretary were “it”. During that period they had little time as nearly all their attention was on the Falklands. Nor was there much of a budget as there was minimal income prior to the development of the fisheries. The military was there, flying the flag after the Argentine invasion, and using the island for “Arctic Warfare” – live firing and generally running unchecked and unobserved by any outsiders. Wildlife was not treated with respect and was particularly terrified by low flying Hercules (C130) aircraft visits and helicopter activity. Grytviken had been shot up during military exercises, bullets through tanks leaked crude oil. The historic vessel, Louise, had been burnt to her waterline. There was in particular no legislation regarding what could leave the Island whether it be whaling artefacts, various wildlife or penguin eggs and generally no environmental policies. The Government was probably heartily sick of our string of complaints!!! One Trustee referred to us as the environmental conscience of South Georgia.

The first hesitant but positive steps came in 1992 with a fisheries officer sent down to administer licenses. Then a 200 mile zone around the islands was declared in 1993. Towards the end of the decade live firing ceased and the 50 to 60 man military detachment was eventually completely withdrawn in 2001. The British Antarctic Survey returned to an efficient newly built scientific base with an environmentally conscious team. The museum eventually got power from the BAS base, then fibre optics enabling a broad band connection. 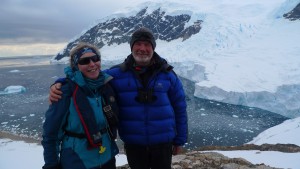 “Fast Forward” to the present and the Government has put into place a succession of ever more meticulous environmental management plans. Grytviken has been cleaned up so that hundreds of tonnes of asbestos and asbestos contaminated materials have been buried deep underground. Oil and other pollutants have been removed. No longer are the penguins or seals covered in oily black stains – unless they were born that way – as Weddells or leopards. The Government undertook to look after the historic museum buildings so our tiny budget wasn’t being exhausted on the treadmill of maintenance. Hydro power has replaced diesel generators. And eventually, the crowning glory, the reindeer and the rats have been eradicated. Again we can say “in our wildest dreams”.

Compared to all this our own list of achievement seems small. After Project Director Nigel Bonner’s untimely death, our peripheral involvement (originally intending just one year) grew steadily until we became curators. With a tiny budget, no power except from an apoplectic old 2.5k generator called Flintstone, no running water, no heating, life was never going to be easy. Most of our enthusiastic ideas fell on stony ground. We likened progress to pushing a wheelbarrow uphill – with square wheels! When Tim wrote a “5 year plan” we began to be taken seriously. We were passionate that the museum could grow to encompass the more positive aspects of the island. Pivotal to this, and with the Trust’s blessing, we dropped the “whaling” part of the title to became the South Georgia Museum. The house flag changed from a replica of a marker flag illustrating a dead whale to one of a wandering albatross with superimposed James Caird (Shackleton’s boat). Our book, Antarctic Oasis, reflected our love of the island and hopefully helped to raise awareness beyond its shores.

The Bonner Hall became an introduction to the Island, its terrain and wildlife. The Fullerton Room covered Discovery and Exploration . . . and, of course, Shackleton. Whaling was still represented in the Larsen, Ringdal, Whalers’ Trades and Allardyce Rooms. The Prince Room was opened shortly after Pete Prince’s sad death and was, naturally, Natural History. There was even the Jarvis Room covering the administration of South Georgia and the events of 1982. And the shop just grew and grew to enable the museum to fund all these improvements. We took 136,000 pounds in our last season along with many generous donations towards the museum and church.

Tim took on the restoration of the church after it had been damaged and condemned. It was a two year project, much of it single handed during the winters. He designed and strengthened all the main trusses, steeple framework and roof and replaced some of the windows and frames. A four person team was recruited from England and the Falklands to repair the purlins and replace plywood and roof felt. He built the new fence around the cemetery so it wouldn’t be so easily flattened by rampant elephant seals. All new display cases, frames, shelving, brackets etc were made in the museum’s stone cold workshop. All the wood was machined from baulk timbers or recycled from derelict buildings and the other whaling stations.
Although we left South Georgia at the end of 2006, we have been privileged to return each season since, often several times a year, guiding on expedition ships and yachts. So it has been a joy to witness at first hand the latest remarkable changes. Many of which are directly attributable to the South Georgia Heritage Trust and Friends of South Georgia Island – the most positive agent for change since 2005. In 2015 we saw clear evidence of nesting pipits at Salisbury Plain where two years earlier the hillsides were covered with rat droppings. And perhaps most exciting of all there was a stunning rebound in the number of humpback whales – our ship alone saw about 65 animals in December.

There have been many participants in all these incredible changes to South Georgia. People from all walks of life with great skills, enthusiasm and benevolence – too many to mention here. But we still appreciate their enormous contribution and in many instances still enjoy their friendship and support. They know who they are.
While the rest of the world seems to be spinning so close to catastrophe it is refreshing to reflect on the peace and harmony of this un-spoilt and spiritual island slowly regaining its equilibrium.