The South Georgia Museum is a hub of exciting heritage projects:

The human history of South Georgia is one of scientific exploration, bravery, endurance, inginuity and sadly the industrial scale hunting of whales and seals for their oil and other products. The lessons of the past must not be forgotten if we are to proceed wisely into the future. 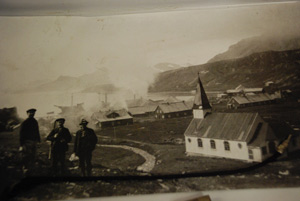 One of our main aims is to preserve, protect and promote an understanding of the historical heritage of South Georgia in relation to the island’s whaling, sealing, scientific and maritime history.

Below are a few examples of our ongoing work in this area. We will be entering a new invigorated phase of this shortly.

Our sister organization SGHT manages the Museum on South Georgia. Read more about the Museum. 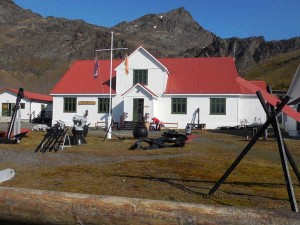 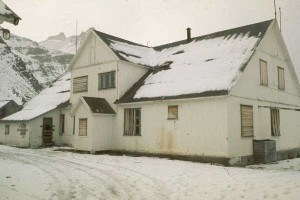 “Manager’s villa and offices under snow looking east, Grytviken” This is the South Georgia Museum building before restoration circa 1979. Copyright © 1979-80 and 2014 Edwin Mickleburgh.  Reproduced by permission of the Scott Polar Research Institute (SPRI),  University of Cambridge, on behalf of Edwin Mickleburgh. All rights reserved. 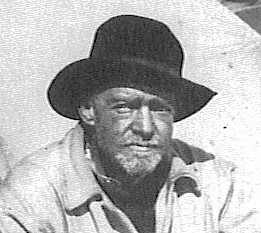 We play a pivotal role in preserving the heritage of Sir Ernest Shackleton’s connection with South Georgia.

Staff at the South Georgia Museum, which we help to support, maintain Shackleton’s grave, which is found in the cemetery next to the whaling station at Grytviken. 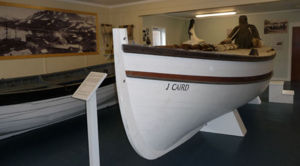 A replica of the James Caird, the lifeboat used by Shackleton and five of his men to traverse the Southern Ocean from Elephant Island to South Georgia, was purchased by our sister organization and brought to the island, where it is now a much-visited exhibit in the new Carr Maritime Gallery at the South Georgia Museum. The replica was originally made as part of the IMAX film “Shackleton’s Antarctic Adventure”.

We ensure that artefacts from the island’s sealing and whaling industries are conserved to illustrate the lessons to be learned from this period of history. 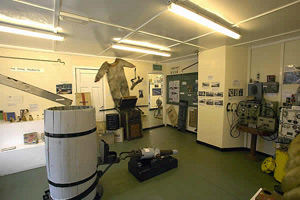 The project was a major initiative to document South Georgia’s whaling history through the eyes of the people who worked in the industry on and around the island. 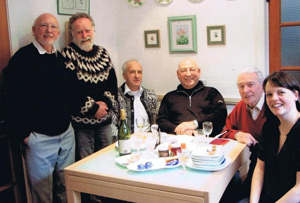 Our Norwegian associates undertook the restoration of the whaling manager’s villa at Husvik, completing the work early in 2008.  Scientists and expeditions now use the villa as a base for research and exploration of the island’s interior. 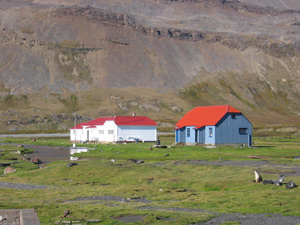 The South Georgia Industrial Heritage conference took place in 2011 bringing together experts in the area. Download the conference report here. (Note: Large pdf file 17.5 MB may be slow to load.)