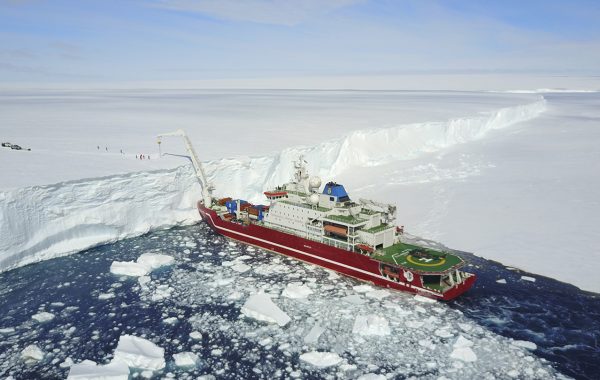 “A scientific expedition in the Antarctic is set to depart its current location to go in search of Sir Ernest Shackleton’s lost ship.

The team has been investigating the Larsen C Ice Shelf and the continent’s biggest iceberg, known as A68.

And this puts it just a few hundred km from the last recorded position of the famous British explorer’s vessel, the Endurance.”

Prof. Julian Dowdeswell talks about the expedition, on a ship to shore line, giving an excellent recount of the epic journey Shackleton and his men embarked on when their ship was crushed by ice on the Weddell Sea just over a century ago.