The success of the Habitat Restoration project was recently featured in this wonderful news site for young readers:
Read the full article (pdf file) by clicking here or on the images below!

One of the members of Team Rat has published a super series of photographs of his time with the Habitat Restoration team which culminated in the recent announcement that South Georgia is rat free. Find the photos at the link below…

Read the CBC transcript here, listen to the interview below:

Dickie Hall was also interviewed on the BBC Radio 4 PM program. The interview starts with the song of a South Georgia Pipit! 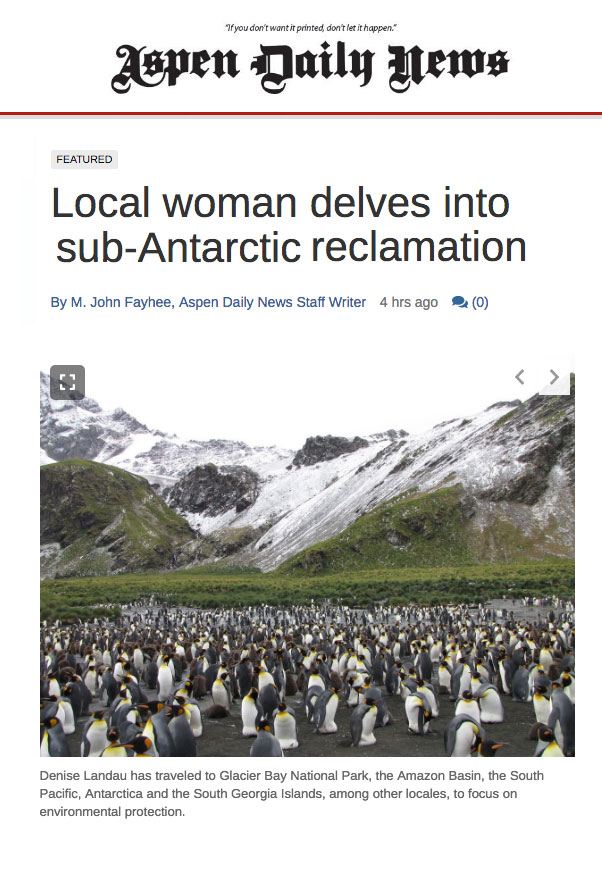 Prof. Tony Martin who was the Habitat Restoration Project Manager during the 3 baiting phases, gave a talk on 22 April 2017 at the Cambridge Conservation Initiative #EarthOptimism Cambridge which was part of a global celebration of successful nature conservation.

Stills from the the Earth Optimism day conference in Cambridge, UK 2017: From left to right: Prof. Tony Martin and two of Sir David Attenborough commenting on Tony’s work on the Habitat restoration project which “warmed my heart”.

Sir David Attenborough’s comments quoted below on the project can be seen at 46min 57s
“Today is Earth Optimism day. Quite right too. We’ve heard marvellous stories of heart warming successes, splendid. And if I may say so Tony Martin, those pictures of South Georgia and what you did with those rats; that warmed my heart.”

BBC 1 Breakfast – repeated mentions throughout the headlines, and a live interview between presenters (from the comfort of their sofa) and Tony (from the deck of the ship!); unfortunately clips are not available via iPlayer due to issues with rights

BBC Radio 4 – From Our Own Correspondent (Begins 23 mins)
http://www.bbc.co.uk/programmes/b04y6vn7

BBC Radio 4 – The Today Programme (Begins 7.22 mins and repeated throughout the headlines)
http://www.bbc.co.uk/programmes/b0501jlv

Scotsman (online and in print?)
http://www.scotsman.com/news/environment/new-hope-for-bid-to-save-south-georgia-pipit-1-3669371

BBC TV South Today (interview with Andy Bloxham and Paul Wilkinson from A2BAero, on demand not available due to rights issues)

Our FOSGI President Denise Landau had some fun in Antarctica recently

It’s all about the Pipit

The worlds most southerly song bird has a many fans, “dreaming of the South Georgia Pipit”