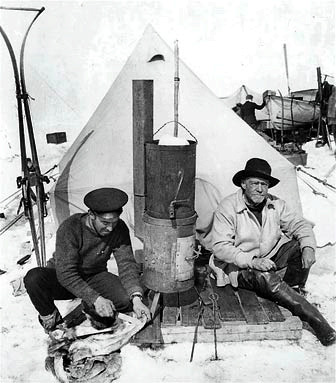 The story of the Endurance expedition that unfolded is one of the great tales of polar history, and is central to the history of the island of South Georgia. The expedition never reached the starting point for the Antarctic crossing and they became frozen into pack ice at the southern edge of the Weddell Sea. In October 1915 the ship was crushed by the ice and the men had to abandon ship and live on the drifting ice. On 21st November the Endurance sank. The men tried to walk, dragging lifeboats and provisions with them, but it was too difficult so they set up Ocean Camp on an ice floe and drifted with the ice. In March 2016 they saw land for the first time and in April they finally made it ashore with the lifeboats landing on Elephant Island, north of the Antarctic Peninsula.

Shackleton’s birthplace was Athy in Ireland find out more at ShackletonMuseum.com here.